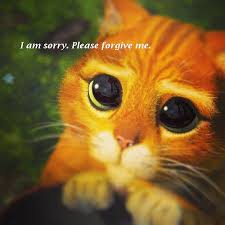 I received a review recently which really shocked me. Thankfully some readers were kind enough to contact me directly instead of posting a review on Amazon.

But then my heart sunk again. Because I had the book professionally edited and proofread I was sure somehow an advance copy of an unedited version of The Italian Billionaire’s Scandalous Marriage was landing in my readers laps.

So I uploaded my ‘edited’ version to Amazon again to other book sellers again and emailed links to people who had contacted me.

Only it wasn’t edited correctly at all!

The person who did the proof-reading did the best she could at the time—I’ve since learned she had so much going on in her personal life, and I am so grateful for the help she did give me.

But, a few people emailed me directly and were even kind of enough to point out the errors were still there.
Thank you Lesley for sending me a list of errors (twice) so I could begin to correct them. And also for your email (below) letting me know you have posted a review.

Have left review on Amazon UK and US (link to latter: https://www.amazon.com/review/RGTVFJKRN8F6C/ref=cm_cr_rdp_perm) these will show as verified purchase. To the review left on Goodreads, iBooks UK and B&N I have added a sentence to say that I have advised the author of some editing issues.

Despite all my errors, thank you Lorraine for emailing me with the feedback below—(I know it was from your phone so I read between the spelling to your larger message of heart)

i loved reading this book its the most heartwarming book ive read in a llng time. i crked a lot bot im glad you had the great endin you had eith him standing with his newborn son ins his arms and telling alex he loved her thanks for the great read.

Rita, thank you for all your encouraging emails and for offering to be an advance reader of all my books and your offer to post reviews.

And to everyone else who has contacted me to say they would love to read an advance copy of Flight of Passion before it is released. Thank you.

Your incredible support sustains me

It would be easy to give up and succumb to feeling discouraged—especially after emailing you and saying I’d uploaded an error free file. I don’t trust myself to email you again with another version.

I want to make triple sure, and then triple sure again, that all the errors have been picked up I have unpublished “The Italian Billionaire’s Scandalous Marriage.”

As with all things in life, it’s not the failing that counts, it’s integrating lessons learned, and putting added weight into your dreams. So here’s what I learned:

Thank you again for not giving up on me.

P.S.  My first book The Italian Billionaire’s Christmas Bride, set in Milan, and Fiji, went through a far more rigorous editing process—I worked with three editors and a bunch of advance readers before publishing. There’s another lesson there.

P.P.S I’ll get the correct version to you for FREE when I’m 100 % sure it’s perfect. And if you have read the book and enjoyed it I’d be ever so grateful if you’d post a review on Goodreads.

So many of my readers are based in the US and dream of visiting New Zealand and the exotic Fijian Islands one day—but it’s just so far away.

The first two books of my romantic series were set in my home country against the beautiful backdrop of stunning Aotearoa and the tranquility of Fiji.

To help you visualise the extraordinary beauty of a country I’m lucky enough to call home, and to see some of the things that inspired these love stories, here’s a few piccies—taken by me.

First, here’s a few images from Fiji—so much natural beauty, and only a two hour flight away from New Zealand! 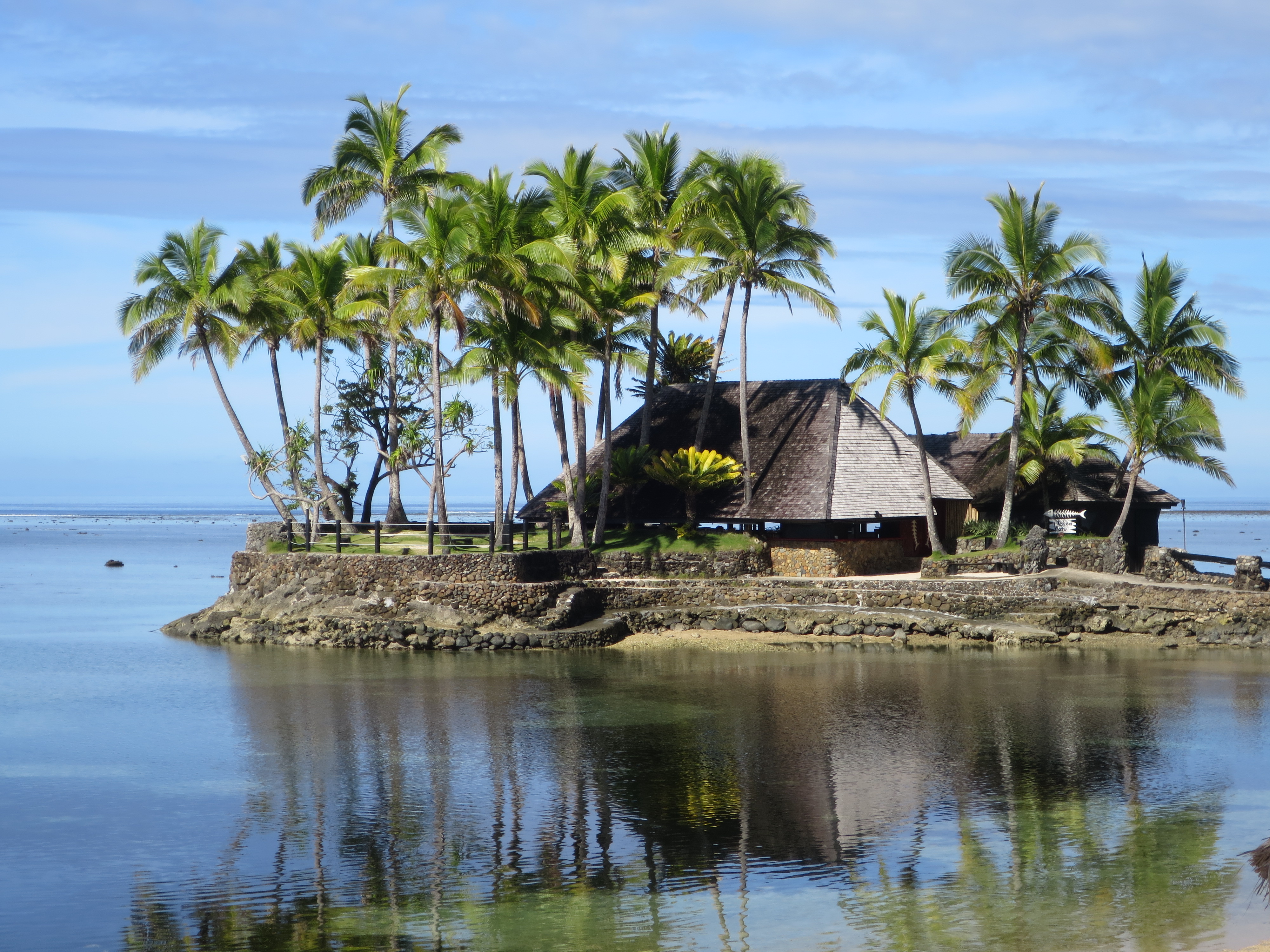 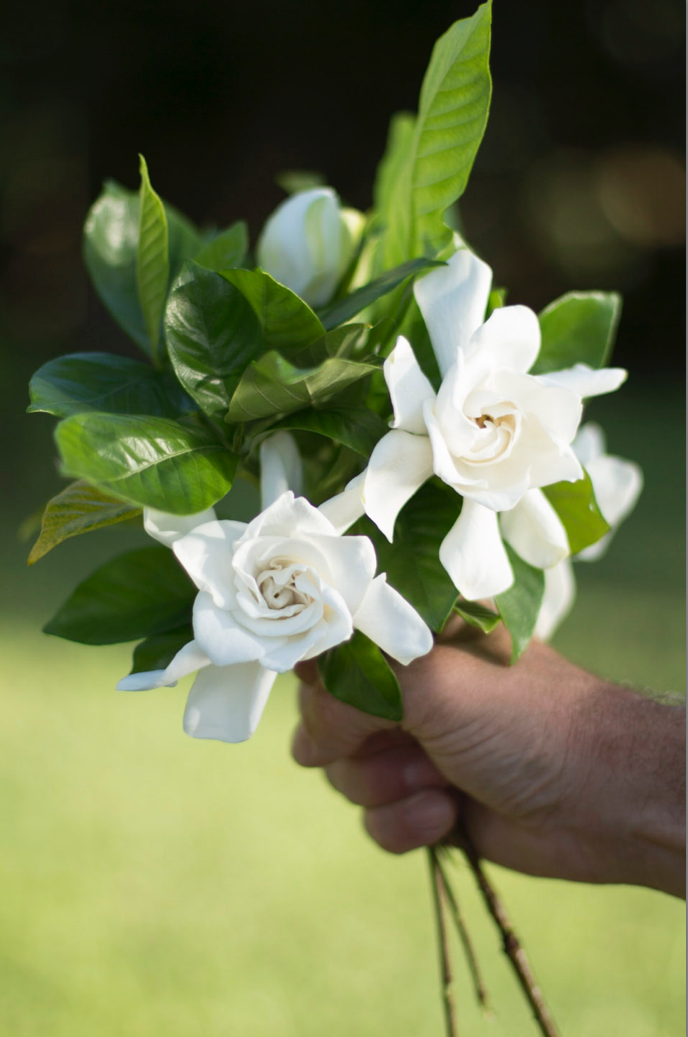 New Zealand’s Queenstown and Auckland, played a staring  role in The Italian Billionaire’s Scandalous Marriage. Here’s a couple of shots of some of the stunning scenery around this part of the country. 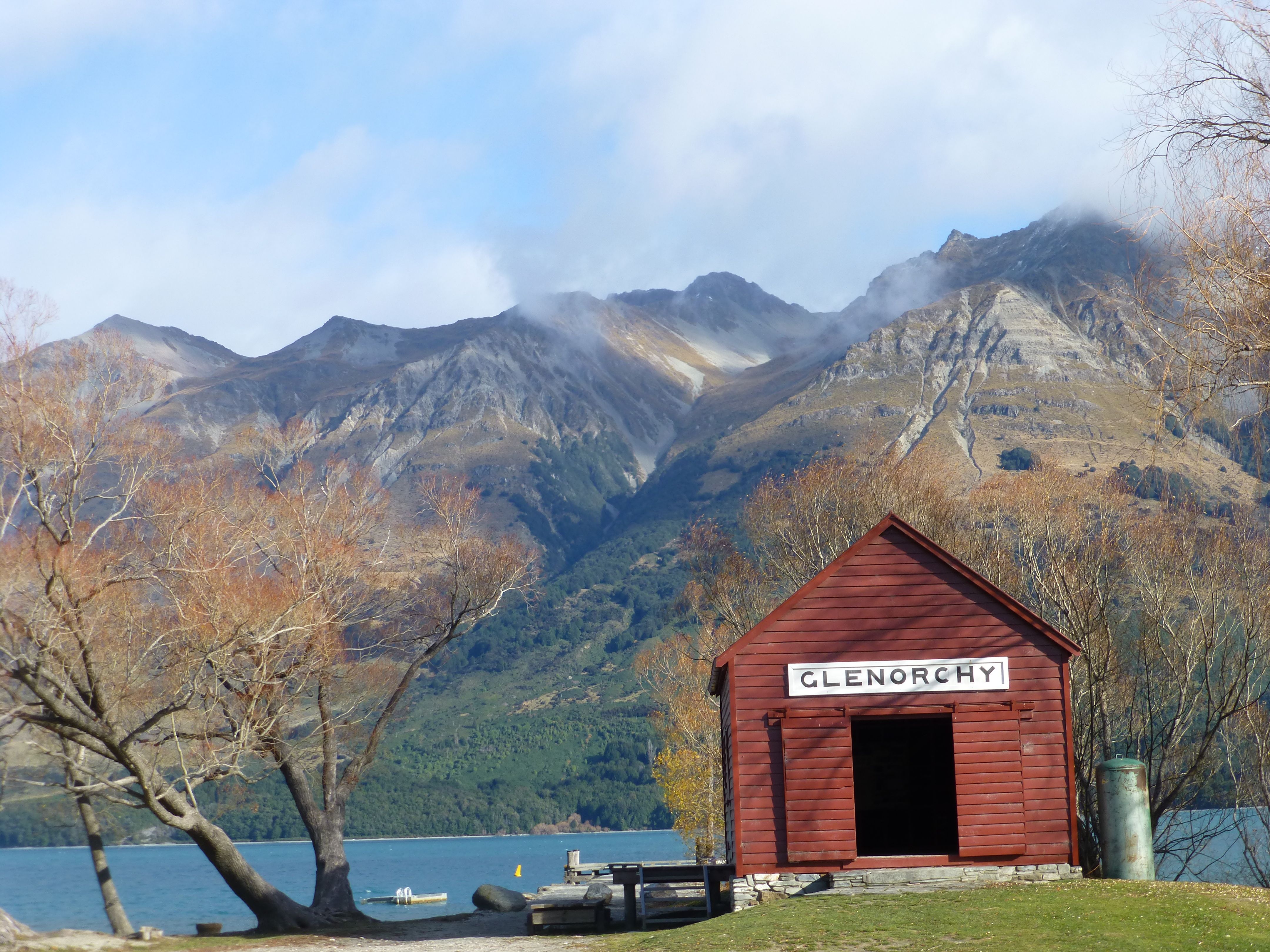 And a few looking back across Auckland harbour, in New Zealand’s North Island, with The Sky Tower looming in the distance. 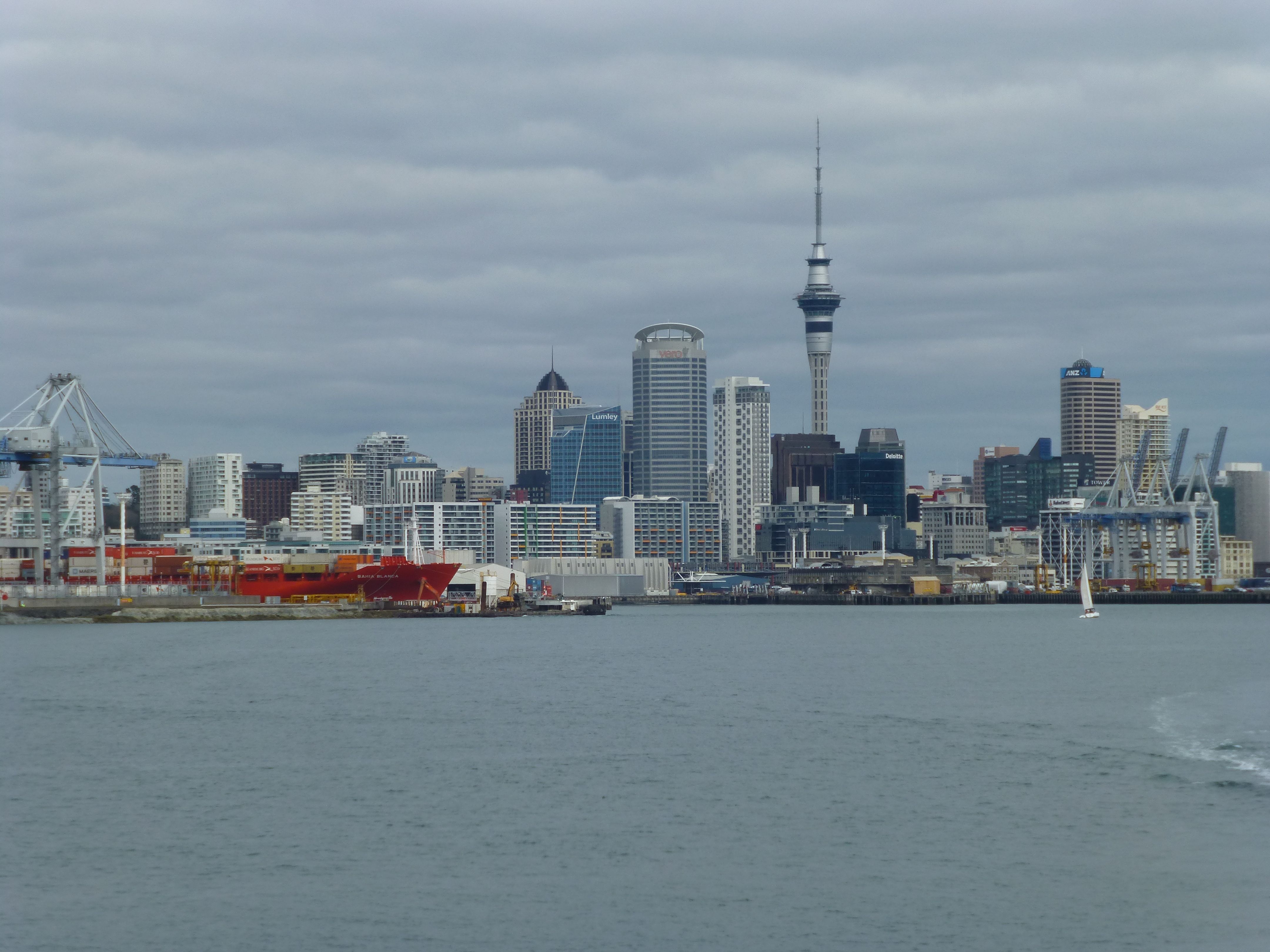 If you’ve read The Italian Billionaire’s Scandalous Marriage you’ll remember that scene where Alex finds out that man in the art gallery who’d taken her breath away the night before, is the mysterious buyer who holds the key to unraveling the secrets of her past. The ‘reveal’ takes place at the top of the Sky Tower. Here’s an excerpt from this scene, as Alex, who’s afraid of heights rides in the lift:

A bolt of awareness streaked down Alex’s backbone as sexual tension echoed in the silence around them. Excruciatingly aware of his amused stare, she locked her gaze on the elevator panel forcing herself to find it infinitely fascinating as every fiber of her body orbited in his direction.

No gaping. Didn’t the brute know that was elevator etiquette, she thought shocked at his directness and irritated by her humiliation?

She inhaled sharply and in an uncharacteristic move of boldness slowly, purposely, turned her head and surveyed him with one calm, detached glance.

At least that was what it was meant to be. Maddeningly, sage green eyes trapped hers, forcing her gaze to sensuous lips curved into a sardonic smile, as he leaned against the wall. Strong arms folded against his powerful chest as he faced her with the arrogant confidence of a non-conformist who found her mortal embarrassment amusing and cared nothing for rules. Clear and confident and incisive, his piercing gaze stirred an instant protective instinct, hammering home her acute vulnerability.

Damn, she thought helplessly, he is totally gorgeous. Alex’s heartbeat kicked up a gear even as her senses hummed, every cell detonating into life. Up close he was even taller and more warrior like than he’d appeared at the gallery. Long-legged, with shoulders that would be a credit to any Greek god he was 110% pure man. 1001% pure danger.

Gosh, what if he was the mysterious buyer, she thought for a reckless second? No impossible. He looked to be in his early-thirties, not old enough to be a man who had known her father and what had happened with his life over 20 years ago. This man would only have been a child then. He was far too young and far too casually dressed to be in possession of such a fortune. Heart contracting in her chest Alex ran a swift glance over his clothes. A rich chocolate hip-length leather jacket covered a V-neck navy cashmere jersey and white shirt hanging informally over ink colored designer jeans. Casual they may appear, but they were tailor made for brute strength, impeccably proportioned for his lean body and long, strong, muscled legs..

Her pulse hammered as the lift began to climb toward the restaurant 192 meters above the city. Don’t look down, a voice warned as the lift climbed higher.  She fixed her gaze on a spot on the horizon, trying to block out the stranger’s unrelenting stare, made worse by his amused silence.

‘Allora, is your invisible friend afraid of heights?’ His unsmiling, icy calmness was in direct contrast to her uneasy emotions. The brute obviously had no empathy.

‘Afraid of heights? Nope,’ she lied, hoping he wouldn’t detect the fear sucking life from her voice. She hadn’t thought about the height thing when she’d impulsively picked the meeting venue. She wasn’t a planner. She was impetuous, impulsive. Stupid.

Why the hell hadn’t she thought it through? Whether it was a fierce determination to prove him wrong, or the mortification of already having made a fool of herself, she plastered on her most fearless, warrior-woman face and stepped over to the viewing glass inserted in the middle of the floor. Feel the fear and do it anyway, isn’t that what the self-help gurus advocated? Heck, it wasn’t as if she’d die.

I can do this she told herself, fixing the stranger with a defiant stare. Whether it was fear or the thrill of the crazed energy that sparked between them like wild-fire she didn’t know, but her head began to spin as she peered down into the abyss of the lift shaft. Her body tilted as the whole lift seemed to sway, pulling her in one lethal direction.

Gasping, she fought to control her legs. She squealed as she lost her balance. For one stark second she felt the undulating contour of every muscle in his hard torso on her back, and the strength of his arm across her breasts. Sparks like flints on graphite ignited between them as she clung to the man of steel and their bodies momentarily fused.

Although the heat storming her chest robbed her of breath, strength and wits, instinct kicked in. “Move back!” it snapped.

‘I’m so sorry,’ she mumbled mortified, her voice barely audible, as she sprung away from him as though his touch burned her.

The Gemstone Billionaires Boxed Set contains the first two books of AMAZON TODAY BEST-SELLING author Mollie Mathew’s romantic series set against the beautiful backdrop of stunning Aotearoa, New Zealand. If you like heartwarming, sexy and sweet romances with a touch of comedy, you’ll love sharing the journey with these authentic men and women longing to find their special soul with heart.

The first two Gemstone Billionaire books (over 500 pages) included in this bundle are:

Last Christmas, art therapist Issy Riley was jilted by her fiancé. This Christmas she’s running away. A week with a client on his private Fijian island promises to save her from cheating men and the London festive season. But when the client turns out to be a gorgeous and magnetic Italian billionaire, he threatens her resolve to never again trust her heart to the wrong man.

Milan fashion house leader and avowed bachelor Massimiliano Balforni has no intention of taking a vacation, despite his sister’s insistence that he subject himself to an art therapy retreat following a minor heart attack. With an important collection due, he intends to fire his therapist and work, instead. But the determined and striking Issy gives his heart palpitations of a far more dangerous kind.

The one thing Max and Issy agree on: they are as wrong for each other as wrong gets. He’s a workaholic playboy who believes emotion is a weakness. She’s a romantic who yearns for a happily ever after.

As the tropical heat soars, they discover that in this battle between work and play, resistance only fuels attraction—and sometimes two wrongs make a very passionate right.

What if everything you believed was a lie?

When a lonely young American woman inherits a painting she discovers her whole life was a lie. Desperate for the truth, she goes in search of her true identity.

The painting is her only clue. But everyone is determined to keep its secret past repressed, including Vitaliano Rossi, the Italian gold tycoon, unnaturally suspicious of her motives, who wants the painting vanquished. How can she discover who she really is and convince him that his love means more to her than gold?
Three women. Three lives. And the lies that bind them. Why is everyone afraid of the truth?

Praise for The Gemstone Billionaires series!

“What a blinking good read—more please. I was hooked from page one.”

“Mollie is just such a good writer with enormous appeal in her story – an excellent read on a rainy day.”

“An enthralling read. Keeps me captivated from start to finish and leaves me wanting more.”

Escape into romance with this beautiful box set. The Gemstone Billionaires Box Set is a fun read with healthy doses of escapism.