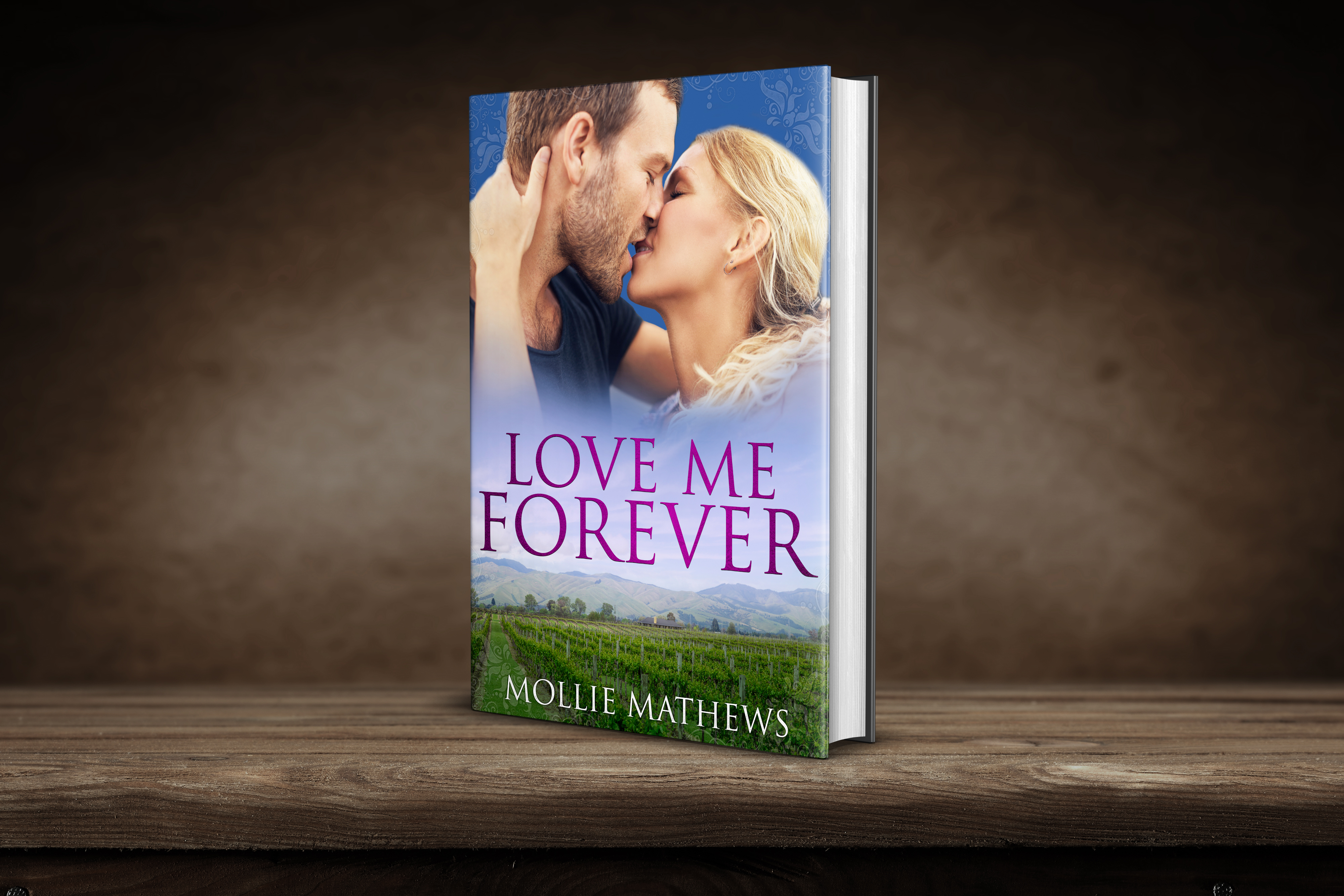 I’m so excited about my soon-to-be-released “Love Me Forever”….a sassy short story for a quick, fun read. And I’m super pleased with my first 5-star review:)

I’ve always believed in magic, so it was natural when, after the still-birth of my sister Sophie and her husband’s first son, and she was struggling to conceive naturally and IVF had failed, I wrote a prayer. I buried my wish beneath the ancient walnut tree in the middle of a beautiful vineyard, in Marlborough, New Zealand—tucked inside a walnut.

As I wrote in Love Me Forever, “As she gazed down at the note she thought with satisfaction that the wish looked like twins lying nestled in their crib.”

And that’s virtually what happened. Several years later, Freya, appropriately named after the Norse goddess of love, was born. Quickly followed by her brother Finlay, meaning ‘fair hero.’ A better name couldn’t be had! As I wrote the final draft of this story (24 Feb, 2018) it was Finnie’s seventh birthday!

Here’s a wee insight into what this story is about.

Sometimes the end is just the beginning…

Viticulturist Joey Harper’s organic vineyard is under siege from neighboring landowners with chemical sprays, wanting to turn a fast profit, and someone purchasing large tracts of land under incredible secrecy.

But Joey’s not someone who dwells on her own troubles. She has only one wish—following the still-birth of her sister’s first child, she prays her much loved younger sister may conceive again.

Using her inherited gift for magic, she enlists the aid of the ancient walnut tree which towers majestically over her organic vineyard. What she doesn’t realize is that her one wish, begets another, and her unselfish desire for her sister’s happiness send’s love to her—in the form of a most unsuitable and irresistible admirer.

Venetian winemaking tycoon Tomasso Rivetti has it all: a loving family, good looks, and a considerable fortune. When he ventures Down Under to New Zealand, underneath his apparently perfect world, cracks begin to appear…and no one is more surprised than Tomasso when the billionaire lifestyle he takes for granted is turned upside down by a chance encounter.

But despite Tomasso’s determined pursuit of Joey’s affection, her broken heart remains closed—to protect herself and her vineyard from a terrible threat.

Distance keeps her safe. But as a final battle draws close, Joey and Tomasso are drawn irresistibly together. And while they succumb to the heat between them, they both know there can be no tomorrow…

The prequel to the magical new series, The Seven Sisters, from bestselling author Mollie Mathews, Love Me Forever is a spell-binding story of heartbreak, family, destiny and unconditional love.

‘Tugs at the heartstrings’

‘Heart-warming and beautiful with passion’

Love Me Forever is available for pre-order now—viewBook.at/LoveMeForever

This short story is a prequel to the first in a magical new series, The Seven Sisters, from bestselling author Mollie Mathews—seven spell-binding stories of heartbreak, family, destiny and unconditional love.