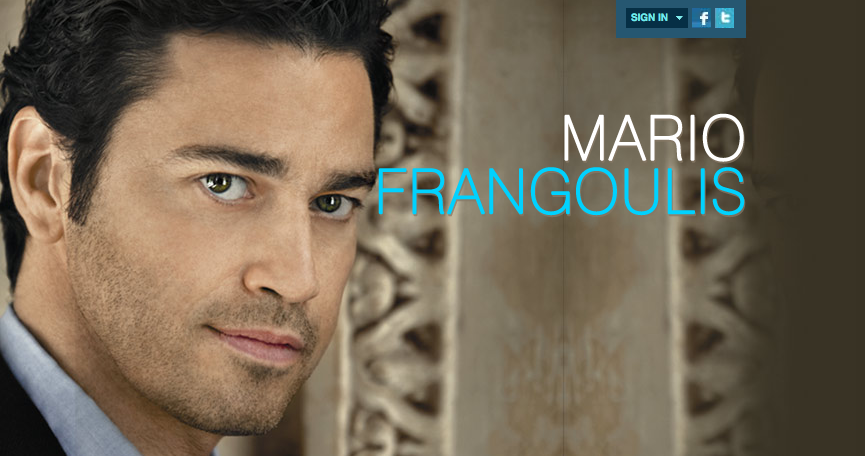 It’s official – after an exhaustive search I have found my ultimate romance hero – Mario Frangoulis. And he’s a Greek God! Actually Mario was born in Rhodesia but grew up in Athens. He has looks to die for and a voice that makes my heart melt.

He sings in Italian, Spanish, English, French, and Greek – clearly fluent in all 5 languages.

Mario Frangoulis was born on December 18, 1967  – one week before Christmas, making him a Sagittarius Horse. He was born in Zimbabwe (then Rhodesia) of Greek parents. But when he was four years old he was sent to Athens, Greece to live with his maternal aunt Loula and her husband George. They are said to have adored him so much (who wouldn’t!) that Mario considered them as his parents. At the age of eight he began singing in various choirs and …well. as they say, the rest is history.
Not only is he an internationally acclaimed musician but he is actively involved in charity work – especially those charities which focus on children.

What makes him heroic?