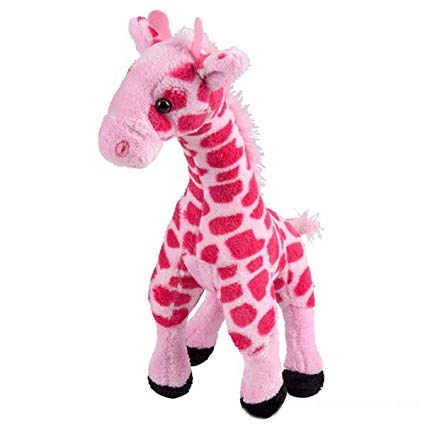 I hope you are all well. As I’ve been finalizing my WIP (Claimed by the Sheikh), I’ve been inspired by the symbolism of animals and the way they can comfort and empower us all.

Giraffes are gentle creatures with gracefully long necks that are said to stretch out onto the heavens. This gives them the ability to reach opportunities that are not available to others. It is also said that they can see the cosmic plans of the gods and inherently the possible future.

I have long been inspired by giraffes. In fact, the publishing company for my self-empowerment books is called Blue Giraffe Publishing. My beautiful (then) six-year-old niece Freya and four-year-old nephew Finlay drew my logo.

My muse, who ‘coincidentally is also my heroine’s muse in Claimed by the Sheikh, Coco Chanel, once said, ““If you were born without wings, do nothing to prevent them from growing.”

So we gave my logo of the giraffe wings—and spots to remind us to stay playful in the face of any obstacles.

Inspired by a combination of these sources, as the time of writing this post, I am sitting in a cafe writing a first draft for a new scene where my hero, a handsome sheikh and also the formidable ruler of the kingdom of N’avana goes to the room where the boy he believes is his brother’s son, lies in a coma.

Here’s a wee (draft) excerpt from Claimed by the Sheikh….

Tariq lifted Salim’s tiny hand and lay the soft, pink, giraffe beneath the three-year-old’s arm. Pink, he affirmed Not blue – or brown or anything even moderately manly or remotely true to the animal’s true colors.

Melanie had been right. Tariq was so shut down, so closed, so hard-hearted he was incapable of showing emotion. His own upbringing had been so frozen of femininity, so malnourished in favor of warrior-like masculinity, so deliberate in the demarcation and devaluing of the female gender.  As a result, he went about his life with no more emotion than a terracotta warrior.

A tide of anger surged through his gut and churned with the pain of his lost childhood. He clenched his fists. He wanted none of that for his brother’s son, he realized with punching clarity.

He leaned over and stroked the child’s hair. Tariq’s heart kicked as Salim’s eyes fluttered. Was it possible that, against all medical wisdom, the boy was aware of his presence?

Impossible. He was lost to everyone, deep in a coma from which the doctors said he may never wake. The irony, the injustice, the torture, Tariq thought, tightening his grip on the metal frame of the pediatric bed. He was powerless.

What did the child dream of, he wondered, as he watched the boy lying lost in his unconscious mind? Tariq envied the peacefulness that enveloped him. He was thankful the child knew nothing of the car crash that had killed his parents. At least he had been spared that unspeakable trauma.

Tariq’s gaze drifted to the pink giraffe. It was the perfect totem to accompany Salim on his sleepy journey. Wide-eyed, the giraffe appeared to agree. Tariq remembered the words of the African shaman he had met on one of his many rescue missions to liberate the endangered animals.

The gentle creatures, with their gracefully long necks, were believed to stretch into heaven. It was a spirit animal who wants you to hold your head high and rise above trivial earthly desires, she had said.

‘They have the ability to reach opportunities that are not available to others,’ she told him. ‘They can see the cosmic plans of the gods and inherently the possible future. As a spirit guide, the giraffe provides you the confidence to get through the toughest situations. Their luck will rub off on you as you come across great opportunities. You have to realize that these opportunities don’t come around often so you have to grab them while you can.’

His grandfather’s words floated through the air. The very words Hamza had spoken to his own son, only to find the wisdom fall on deaf ears. Wasn’t this why there was so much hate in the world?

Tariq’s mind drifted to a news article he had read recently. A 10-year-old child whose family had escaped persecution for their beliefs, hoping to find a safe haven from Islamic State terrorists in New Zealand, had been taunted and bullied at school. Feeling so much pain he had tried to commit suicide. The hate-riddled children, the article said, had held a knife to his throat as they yelled, Isis lover.

Rage ripped through his chest. Melanie was right. The child needed love. All children needed love.

Tariq clutched his heart, feeling the pain, the emotions, the trauma he had suppressed for so long, flood to the surface. No, he vowed, clenching his fists, Salim would never know hatred, brutality, nor quiet contempt.

Tariq had vowed never to become his father and yet as Melanie had so bluntly reminded him, he had become a tyrant. He had spent a childhood marinated in trauma. He would dedicate his life to ensuring the boy swum in a buoyant sea of love.

He reached over and gently, tenderly, softly pressed his lips to the child’s cheek. A tear, shaped like a diamond, plopped upon Salim’s lips, but his sleeping beauty did not wake.

Tariq stood mesmerized as a finger of light from the setting sun anointed the tear in a prism of light. He leaned closer, perplexed as, like a crystal ball, a vision of his future appeared.

Thank you for reading this excerpt from Claimed by the Sheikh. I hope you loved it. If you did…

Signup for my new releases email  for sneak peeks and free giveaways and to find out about the book as soon as I release it, sign up here http://eepurl.com/cigEsH 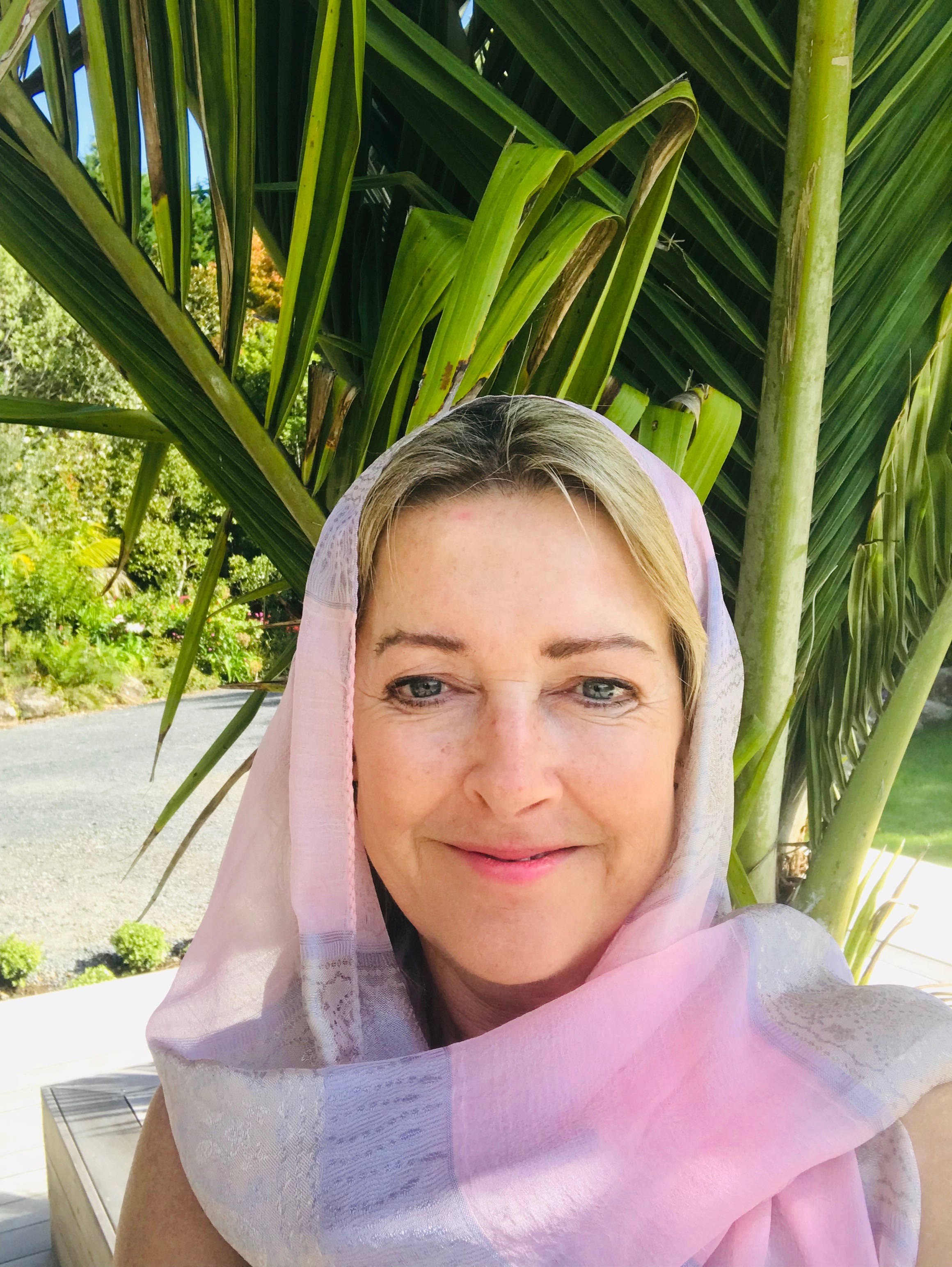 I’m celebrating the unity that unites us—the quest for peace. It is Palm Sunday as I write this post. It’s a timely reminder that for many peoples of different faiths it is not a war that unites,  but the deepest desire to create Heaven on Earth.

I am immersing myself in my Arabian inspired love story, Claimed by the Sheikh. I feel beautiful beneath my silk veil. It’s not hard to see why so many women love wearing their veil. The floaty fragile silk protects, drapes and flutters in the breeze, it cocoons me in a spirit of peace.

I have always, always worn long dresses and believed showing less skin was more attractive… and (perhaps) more beguiling. Not for me thigh-high skirts and billowing cleavage that attracts unwanted attention. I see now why many Islamic women feel that the way they dress is a spiritual act of true empowerment. Perhaps I was an Arab woman in a former life. A queen, like the, now exiled Queen of Iran, Farah Pahlavi, who, a Libran like me, honors love, peace, freedom, education, and dignity for all.

How a woman dresses,  including the colors we choose, should be an act of freedom born of free choice. One of the first acts of barbaric terrorism that the self-proclaimed, non-democratic Islamic State maniacal monsters did was to ban color and plunge the beauty of Islam into darkness. People were ordered to wear black on the threat of death.

Lets us rise this Easter. Let us rise to the light. Rise reborn. The world has changed, the veil is lighter, multi-dimensional energy abounds.

“Iran wants freedom, democracy, and a government to be friendly with the rest of the world. Light will overtake darkness and Iran will rise from the ashes.” ~ Farah Pahlavi

Wishing you much love and peace