A new excerpt from Flight of Passion—just for you

Book One of the True Love duet.

What happens when you come face-to-face with the person you always loved but can never have? Read to find out!

This is the first book in Mollie Mathews True Love series. Sign up to Mollie’s newsletter, receive the first three chapters of Flight of Passion for FREE, and be the first to know when this heart-wrenching love story can be yours—release date May 2017

Oliver wasn’t sure what prompted him. He wasn’t foolish enough to dance with danger. He hadn’t intended to take things this far. Normally his emotions were tightly controlled. But as he gazed into Ruby’s face instinct took over. He touched his tongue to his lips, narrowed his eyes, moved toward her, one thing in mind.

Her eyes widened and her soft, sensuous lips parted, staring at his mouth with uncertainty. A soft salmon blush settled upon her cheeks. Ruby’s body moved toward him involuntarily. Desirous, yearning, needy.

“I must go,” she said thickly, as though forcing herself to fight the physical magnetism he was exerting.

He leaned toward her. “You can’t help what you feel,” Oliver murmured in his low, seductive voice. “You want to taste me as much as I want to taste you.”

His face came closer, his eyes commanding hers with relentless purpose.

“Oliver…I…I can’t,” she stammered, pushing him gently as he approached.

His eyes narrowed sensuously as his gaze lingered on her throat, on her heaving breasts, on her trembling body, filled with passion—and with promise.

Ruby shrunk back, hard against the wall. He lifted an arm, placing his palm firmly on the wall near her ear.

“I’ve missed you,” he whispered, bringing his lips to within centimeters of hers.

He could feel the electrical charge that unified and ignited their bodies. He could hear the quickening gasps of breath.

He inhaled her familiar scent, savoring memories of the steamy sex they’d once enjoyed. Eight years later he could still smell her sweet musky essence after that night of lovemaking. He could still hear her moans of pleasure. He could still feel her body tense as ecstasy sent ripples through her body.

He wanted to turn back the hands of destiny, to reclaim the time lost to them. One minute he was leaning toward her, and the next he was lost in a tropical utopian dream. Soft, sensual, vibrant, surrounded by fragrant breezes and the feel of the warm earth beneath his bare feet.

Ruby let out a breathy sigh just before his lips touched hers. So softly, so gently, he wasn’t sure if it was real. He felt her body stiffen, then tremble as she folded into him.

He moaned as Ruby’s slender arms draped around his neck. His mouth sought hers with a slow deliberation that eased the throb of need deep within him. Gently he took her top lip in his mouth and softly sucked it, slowly savoring her taste. He opened his mouth to drink more of her intoxicating elixir. She opened for him, tasting of honey and paradise.

With a touch like a butterfly, he kissed her eyelids, then softly brushed her cheeks with his lips. He held her neck gently in his hands, caressed the tips of her earlobes with his lips, blew soft kisses in her ear.

Ruby’s whole being vibrated in wild response to his. He sensed she was utterly helpless to stop him doing anything he wanted with her.

His hands slid under her silky dress, stroking the smooth skin of her back. He pressed her closer until he felt the pounding beat of her heart against his chest.

The sounds of the music rising, rhythmic humming and people chattering as they partied below could barely be heard over the roar of longing in his heart.

They remained close as though frozen in a moment. He closed his eyes and marveled at how wonderful it was to be with her again. Her kisses quenched his thirst, watered the dry, barren, parched wasteland of his life.

Her sensual touch provided a welcome tonic for the boring monotony of soulless encounters.

He felt the flutter of the cool air on his face, streaming through the vents, heard the faint sound of a musician, acoustic guitar in hand, strumming songs of love. And lost himself in mindless enchantment. Then, he felt a shove to his chest.

“Stealing a kiss may not be immoral in your mind, but you and I both know you don’t give a damn about who you hurt, or whose life you ruin,” she said, projecting the guilt and anger she felt at her own weakness onto him, as she opened the door and fled.

“You can’t lie to yourself, not for long,” he said, his voice a dark prophecy, chasing after her as she fled.

“Forget it. Forget me. Forget us,” she cried. 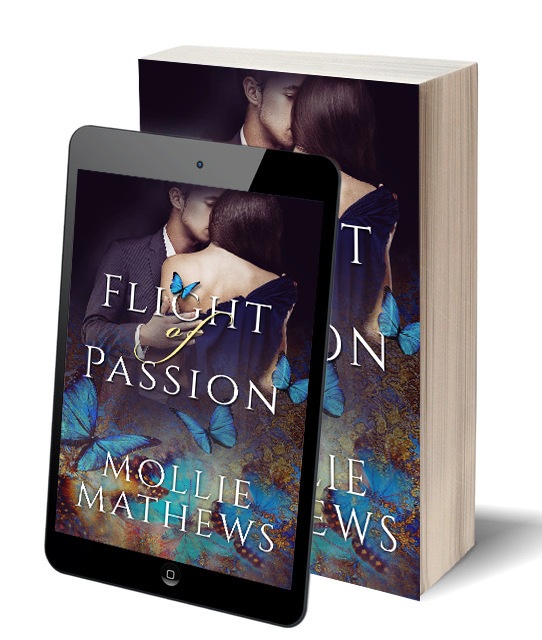