How I handle criticism 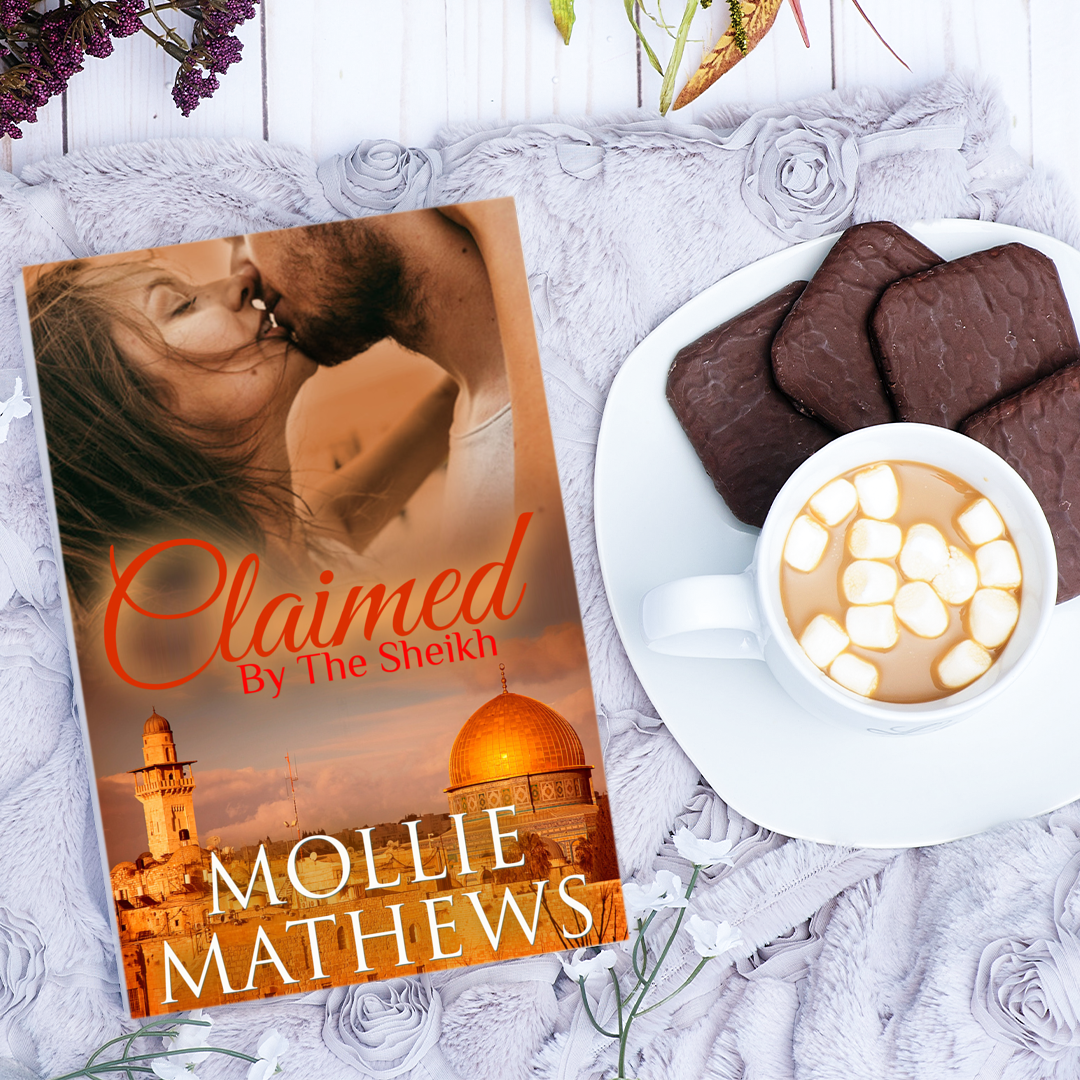 “Firstly, you need to believe in your remarkable gift as a beyond compelling storyteller, you are undermining your talent & some folk will have their opinion which may not sit well but that doesn’t mean you change the story in any way unless they’re in the majority. I accept that I try not to hurt (although I can be stubborn as a mule at times) but I want you to know & understand that you have an incredible gift that you share with people from all over the world. Why would you bow to the opinions of people you do not know, much less respect.

You know this resonated with me from the get-go & I can’t tell you how much I healed from sobbing out loud about their traumatic but eventually healing story.”

Golly gosh. What a ride. If there’s one thing publishing a book has taught me it’s the need to develop a tough hide.

“A fantasy. Not worth reading, total rubbish,” wrote a person on my ARC team when she reviewed Claimed by The Sheikh. Harsh. But is it true?

Total rubbish? I’m not sure how I learn from this feedback. It didn’t seem constructive at all.

So, I’m going to take Terry’s advice (also on my beta/arc team) and not take on board negative comments—unless they are constructive. And even then, I have to remind myself that I am expressing the things most important to me. I’m not a perfect writer. There is still a lot to learn. But I think it’s cruel of this reviewer to say it is a childish story.

Religious intolerance, bullying, family abuse, shame, guilt—all these are important topics I cover in my book. That and love—and its ability to heal the deepest wounds.

So how do I bounce back from criticism?

1.) I look for truths that I may learn from

Perhaps there is too much introspection and telling not showing.

But then Danielle Steel and other popular authors do this too.

2.) I look deeper into the criticism given

“I don’t like billionaire romances and I don’t read Sheikh books.”

Okay. But why did you download and then review my book – and scathingly too?

3.) Celebrate and treasure the good reviews 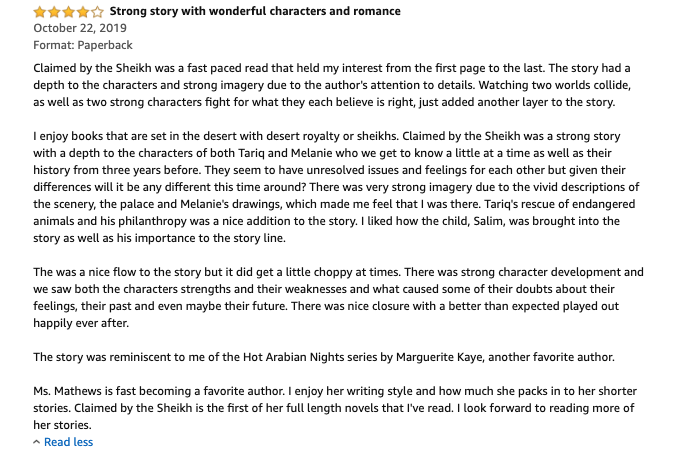 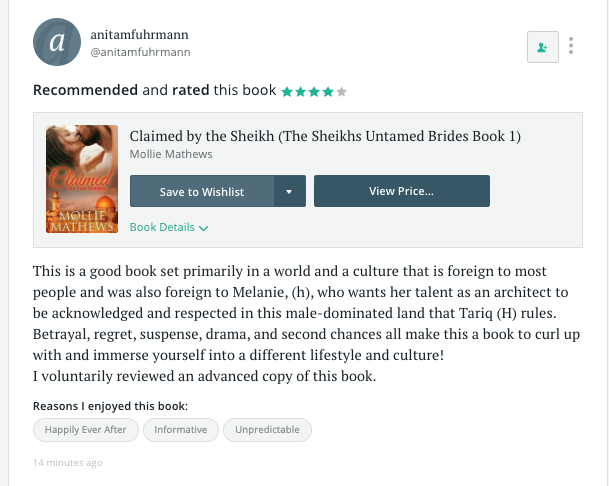 I know some authors don’t read reviews. I respect their choices. But I like to know how people have enjoyed (or not) my stories. The lesson will be to realize that not everyone who reviews my books in an authentic reader of the stories I love to write. People review for many, and sometimes complex and unfathomable reasons.

I’d like to ask for more kindness, more constructiveness in any criticism, but I know I’m whispering in the wind.

So, instead, I practice detachment and continue on. Writing the stories I have inside, one loving word at a time.

I always love it when readers review my books (favorably!). I also love how BookBub enables readers to say what they most enjoyed. I was thrilled that ‘unpredictably’ and being ‘informative’ were some of the reasons – along, of course with love.

As I shared in the Author’s Note:

My latest book, Claimed by The Sheikh, was inspired by the sassy brilliance of Dame Zaha Hadid. (DBE RA) She was an Iraqi-British architect and the first woman to receive the Pritzker Architecture Prize, in 2004.

Tragically her life, her love, and her brilliance was cut short when she was in the prime of her career, aged 65.

Her beautiful, innovative, pioneering architecture always inspired me, as it has countless other people. Hers was not an easy journey. She once said, “If architecture doesn’t kill you you’re no good.”

She was beyond good—and architecture did kill her.

She never married and she never had children. And she was always battling the architectural paternity for validation and acceptance. Despite her career success, her life struck me as very lonely and sad.

Claimed by the Sheikh was also inspired by the tragedy in 2015 that took the lives of former New Zealand All Black legend Jerry Collins and his Canadian partner Alana Madill in France.

The crash happened at 3:10am along the highway near Béziers on the way to the city of Montpellier. They died instantly, and their baby daughter was taken to Montpellier hospital in a critical condition.

I cried such tears thinking of that baby being left an orphan. It really worried me that she would be left in the world with no parents to love and care for her.

So I wondered—what if her parents weren’t really dead? What if the two people that died were the baby’s adoptive parents? What if her biological parents were very much alive?

And then, as writers are want to do, I thought, what if the biological father was an extraordinarily wealthy sheikh who was unaware that he had fathered a child?

Why a Sheikh? In a previous incarnation as a transformational leadership coach I was on assignment in one the most dangerous prisons in New Zealand.

I very much admired the men and women who worked in these very oppressive environments to keep our world safe.  I especially admired those that were committed to helping prisoners change their lives. One of the female prison oﬃcers at Rimutaka Prison knew that I was a romance novelist and asked me if I would write a book with a sheikh as the hero.

So here he is, Cheryl. I dedicate Melanie and Tariq’s love story for you.

And I also dedicate this book to the survivors of the 2019 Christchurch mosque shootings in New Zealand—and to those around the world who know that only love can bring peace.

Sometimes, the most effective way I handle criticism is to open a pack of chocolate biscuits and plough in!

If you have enjoyed my stories, could I ask you to leave an honest and constructive review? 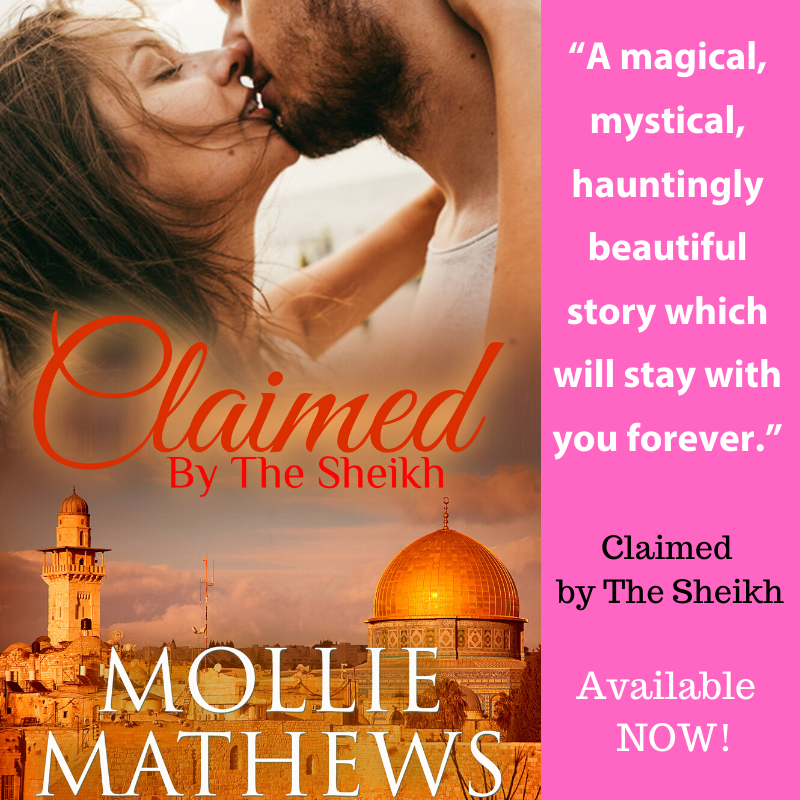